Stress In Pregnancy And Effect On The Baby’s Brain Development 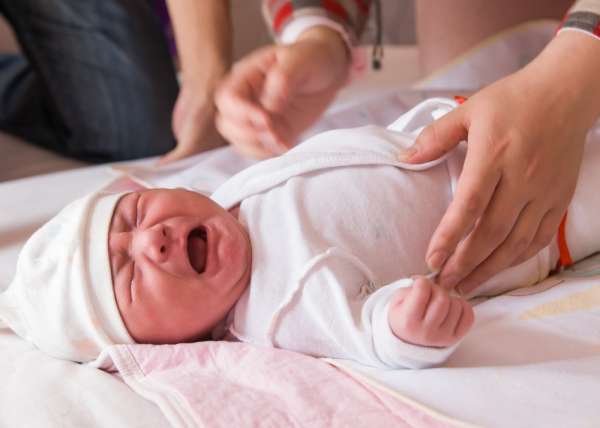 Front Neurosci. 2013; 7: 120.
LINK -Published online 2013 July 31. doi: 10.3389/fnins.2013.00120
PMCID: PMC3728489
Because fetal brain development proceeds at an extremely rapid pace, early life experiences have the potential to alter the trajectory of neurodevelopment, which may increase susceptibility for developmental and neuropsychiatric disorders. There is evidence that prenatal maternalstress and anxiety, especially worries specifically related to being pregnant, influence neurodevelopmental outcomes. In the current prospective longitudinal study, we included 89 women for whom serial data were available for pregnancy-specific anxiety, state anxiety, and depression at 15, 19, 25, 31, and 37 weeks gestation. When the offspring from the target pregnancy were between 6 and 9 years of age, their executive function was assessed. High levels of mean maternal pregnancy-specific anxiety over the course of gestation were associated with lower inhibitory control in girls only and lower visuospatial working memory performance in boys and girls. Higher-state anxiety and depression also were associated with lower visuospatial working memory performance. However, neither state anxiety nor depression explained any additional variance after accounting for pregnancy-specific anxiety. The findings contribute to the literature supporting an association between pregnancy-specific anxiety and cognitivedevelopment and extend our knowledge about the persistence of this effect until middle childhood.

The gestational state is a period of particular vulnerability to diseases that affect maternal and fetal health. Stress during gestation may represent a powerful influence on maternal mental health and offspring brain plasticity and development. Here we show that the fetal transcriptome, through microRNA (miRNA) regulation, responds to prenatal stress in association with epigenetic signatures of psychiatric and neurological diseases. Pregnant Long-Evans rats were assigned to stress from gestational days 12 to 18 while others served as handled controls. Gestational stress in the dam disrupted parturient maternal behaviour and was accompanied by characteristic brain miRNA profiles in the mother and her offspring, and altered transcriptomic brain profiles in the offspring. In the offspring brains, prenatal stress upregulated miR-103, which is involved in brain pathologies, and downregulated its potential gene target Ptplb. Prenatal stress downregulated miR-145, a marker of multiple sclerosis in humans. Prenatal stress also upregulated miR-323 and miR-98, which may alter inflammatory responses in the brain. Furthermore, prenatal stress upregulated miR-219, which targets the gene Dazap1. Both miR-219 and Dazap1 are putative markers of schizophrenia and bipolar affective disorder in humans. Offspring transcriptomic changes included genes related to development, axonal guidance and neuropathology. These findings indicate that prenatal stress modifies epigenetic signatures linked to disease during critical periods of fetal brain development. These observations provide a new mechanistic association between environmental and genetic risk factors in psychiatric and neurological disease.

TopicImpact of antenatal glucocorticosteroids on whole-genome expression in preterm babies.

TopicThe bed nucleus of striaterminalis and the amygdala as targets of antenatal glucocorticoids: implications for fear and anxiety responses.

Preterm pregnancies account for approximately 10% of the total pregnancies and are associated with low birth weight (LBW) babies. Recent studies have shown that LBW babies are at an increased risk of developing brain disorders such as cognitive dysfunction and psychiatric disorders. Maternal nutrition, particularly, micronutrients involved in one-carbon metabolism (folic acid, vitamin B(12), and docosahexaenoic acid (DHA)) have a major role during pregnancy for developing fetus and are important determinants of epigenesis. A series of our studies in pregnancy complications have well established the importance of omega 3 fatty acids especially DHA. DHA regulates levels of neurotrophins like brain-derived neurotrophic factor and nerve growth factor, which are required for normal neurological development. We have recently described that in one carbon metabolic pathway, membrane phospholipids are major methyl group acceptors and reduced DHA levels may result in diversion of methyl groups toward deoxyribonucleic acid (DNA) ultimately resulting in DNA methylation. In this review, we propose that altered maternal micronutrients (folic acid, vitamin B(12)), increased homocysteine, and oxidative stress levels that cause epigenetic modifications may be one of the mechanisms that contribute to preterm birth and poor fetal outcome, increasing risk for behavioural disorders in children.

Epigenetics and the placenta.

Are the parents really helpless in the choice of the babies that are born to them?

Well, though directly the parents cannot choose the baby, indirectly they can prepare the body of the baby with as little or no patterns to attract a soul of higher intelligence. As is our understanding the frequency of the consciousness and that of the body of the baby need to match.The better the preparation of the body by the parents the better are the chances of getting an intelligent soul

You mentioned about preparing the baby with no patterns. What are patterns?

We are now coming to the third truth. The mother not only provides nutrition to the baby but also in her awareness and unawareness instils cellular memories or limbic imprints into the body.
These are engraved memories which have mostly negative emotions in them stemming up from the powerless space of incompletion in the mother when she is in a conflict situation.
A conflict situation happens only when one feels powerless about oneself. In fact, when actually observed these are words which are often repeated within oneself about oneself, when confronted with any situation which is conflicting. This is what is called as a conflicting thought pattern
In time we begin to believe that that is what we are and all our decisions and actions come only from that powerless idea we have about us. The powerless words we give to ourselves in our unawareness get instilled into our baby also, when we are faced with a conflict. This is so with both parents and not just the mother

At which period of time can the earliest pattern otherwise known as root pattern affect an individual?

A root pattern can happen in the womb, during birthing and the first 6-7 years of life till the child develops an intellectual capacity to understand a situation an incompletion triggered the root pattern in us. This in scientific terms is limbic imprints

What happens if there are conflicting thought patterns in the baby’s body?

The weak powerless words a mother gives to herself find a way into the baby and get lodged within it only to surface in the baby after the consciousness descends into the body. The presence of such patterns can only attract a soul of lower consciousness to itself.

Can the father also instil his conflicting thought patterns into his baby?

Yes conflict situations in the father also, instil conflicting thought patterns into the baby’s body. There is a very powerful scientific evidence to prove that emotions in an individual are present in the DNA material which have been obtained from the individual but kept separately in another room

Polygraph recording of the emotion undergone in the individual and that of the DNA in the room were identical and this was proof enough to say that the baby which contains the DNA material will also be affected by the father’s conflicting thought patterns. So when the baby is born and grows up, it will also respond to life from these patterns with unawareness.

Is there a way of handling these conflicting thought patterns as they seem to be quite important in the making of a beautiful baby?

Yes the program provides it all as an experiential transformational knowledge

What happens at the time of birthing?

The consciousness which aligns best with such a positive biomemory in the body of the baby lands on the body and claims it. This is what is called conscious birthing – the careful preparation of the baby’s body to allow the landing of an intelligent soul.

Is the responsibility of parents over with the birthing?

No, conscious parenting is the next step which helps the parents to take care that root patterns do not develop in the child atleast till the age of 6-7 years. After that the child is very well equipped to handle itself as the analytical power is available to it.